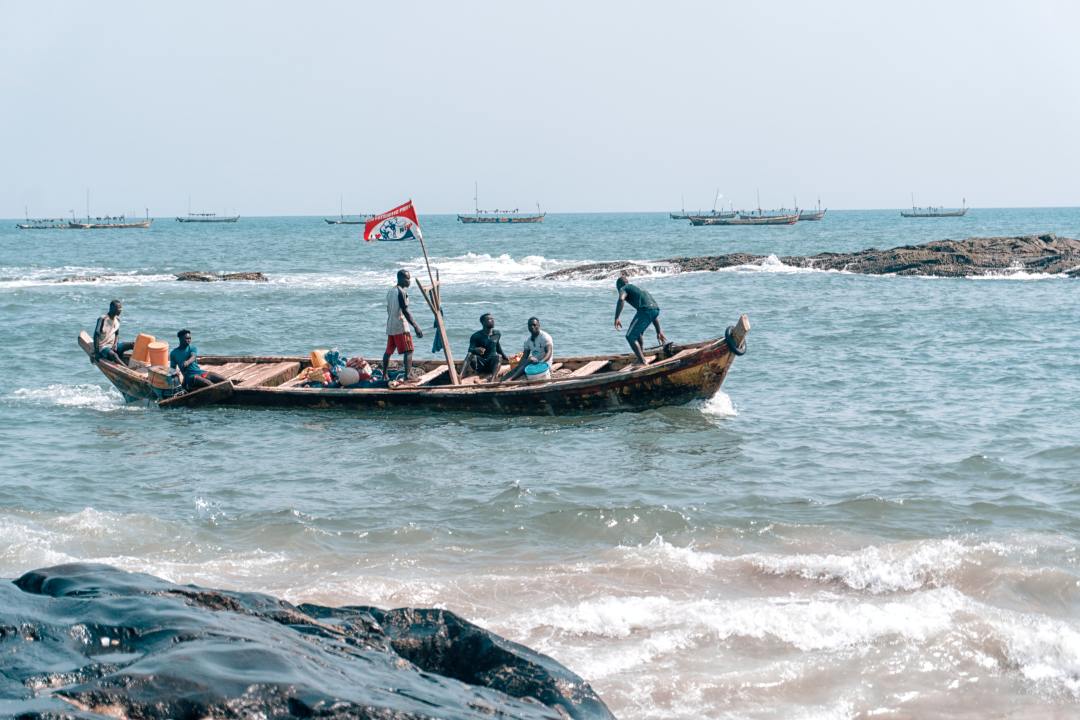 Fishermen Like Kakulwa In Crisis Due To Climate Change

Kakulwa is one among many young fishermen that the blue economy is central to for economic prosperity and the only source of income, now affected by climate change.

Kakulwa is one among many young fisherman that the blue economy is central to economic prosperity and the only source of income, with just 24 years, born in a Northwestern part of the country by the border to Rwanda, Bukoba town on the shore of Lake Victoria, famously known for banana cultivation, sugar cane, coffee and famous green locust snack, forced to move to Dar es salaam city in search of better opportunity and push to need of modern infrastructure like all other young people.

More than 12 million people are engaged in the fisheries sector in sub-Saharan Africa, according to the World Bank, with remarkable employment multiplier effects: for every fisherman’s job, 1.04 to 4 additional onshore-jobs are created.

The city of Dar Es Salaam is the largest city in Tanzania, growing rapidly every day with many economic activities and characterized by readily available services. With about 6.7 million people, it is dominated by beautiful beaches by the Indian  ocean shore  along the coast line. It’s history dates back in the 1920’s starting out as a minor village of fisheries, declared a city with its own local government in 1920. The people of “Wabalawa and Wazaramo’‘ tribes of the coastal line connected the East Africans routes” Caravan Routes” as part Sultan Majid Bin Said housing and port in 1865, till then to be recognized as a business hub in Tanzania. The  people engaged in the services sector, manufacturing activities, logistics over 70% are micro and small businesses, agriculture and fisheries is a massive sector being along the coast.

With tropical climatic conditions, typified by hot and humid weather throughout much of the year due to its proximity to the equator and the warm Indian Ocean, Climate change is the new reality, with over 80% of the total population depending on agriculture for food and income, the severe recent climate deviations causes a tremendous setback in the sector and the people of Tanzania, particularly the fishing industry for small and local fishermen. Just like the rest of the world climate impacts, melting glaciers on one end and flooding on the other, rising sea level and increased temperature will impact the country’s blue economy. Tanzania has been engaging in several adaptation strategies on sectors such as human health, coastal and marine environment, fresh water resources and wildlife with proactively involving the indigenous community in accessing quality information on climate change.

Kakulwa And The Fishing Industry

After Kakulwa arrived at Dar es salaam he reached out to his friend called Kazaura who was also a fisherman. His friend persuaded him to join the fishing industry and decided to go for it. He began his career in 2018 as a carrier (a person that carries fish from the dhows to the market).

He became a fisherman in 2019 up to date. Kakulwa said,`The beginning is always difficult but I did not give up because of my family back in Bukoba. Overtime I got used to it and gained more skills that led to business and income growth”.

Fisheries is one of the economic activities that is overlooked by the general population that depend on crop cultivation and animal rearing as a source of income just as much as the rest of the agriculture sector. The truth is, it is one of the major sources of income for the less privileged and the very privileged, from the fishermen to the small-scale vendors of sea-produce around the neighborhood. This is greatly affected by climate change, the new reality.

Kakulwa fishes and trades a variety of fish day in day out, the usual being catfish, octopus, Crabs, Prawns, Sardine, Clams and fish sprouts.

He said “the fish market’s environment is satisfying but the shore environment is not so pleasing. This is due to the fishing activities that take place causing littering of the area and presence of a foul smell as a cause of air pollution that can lead to diseases such as tuberculosis, flu and such that can weaken the body immunity.”

Kakulwa’s fishing vessel is a traditional sailing vessel. It is painted red at the bottom, followed by blue with some brown highlights. His vessel is written “Black Mamba” in black painting. Black mamba is a highly venomous snake found in Sub-Saharan Africa. Though it is a snake, it is usually used to describe someone or something that has strength to face any challenge. This aligns with Kakulwa’s story as he is not afraid to go deep into the ocean to fish with only his vessel and lamp at night.

On average, most small local fisherman are characterized by just having basic or no education at all, pushed to economic activities in an urge to survive than to prosper and just finding out the utmost potentials  in the sea products industry (Blue gold), as they lack effective expert education and tools that would guide them in their day-to-day activities as in the use of inadequate forms of fishing gear, and instead use inclusively a mix of explosives, acids basically being illegal fishing practices.

The Impact Of Climate Change

Globally, it is predicted that climate change will reduce fish catches by 7.7 percent and revenues from it by 10.4 percent by 2050 under a high CO2 emissions scenario. This decrease in the catch may be as much of a drop as 26 percent in some parts of West Africa, and could be even higher for in other parts of West Africa countries closer to the equator: a 53 percent drop in fish in Nigeria, 56 percent in Cote d’Ivoire, and 60 percent in Ghana. As a result of climate change, fish availability has greatly changed and has resulted in a frequent fluctuation of prices and the market is not as reliable with people cutting down their expenditure due to the impacts of the Covid19 pandemic. This causes uncertainties in his daily income and for hundreds of other young fishermen like himself.

In East Africa, ocean warming has already destroyed parts of the coral reef where certain species live, and reduced fish stocks.The environment plays a major role in fisheries by changing the ocean ecosystem and micro environments and eventually disturbing the traditional environment for fish and sea life growth, as result of climate change and human factors, circumstances including but not limited to the unpredictable and varying major wind currents has caused fleeing of close shore fish to even deep waters that require more sophisticated equipment and more industrial fishing, altering food and income for hundreds of thousands of locals who depend on sea for food and earning.

An increase in the wind causes fish to disappear deep into the sea. In a cause to chase the fish deep down in the water bed and sometimes hiding, this leads to less access to fish and price fluctuation.

As Kakulwa says, “…the government should provide more targeted and appropriate training on conservation of off-shore environment and the ocean inclusively to reduce environmental pollution and safeguard their health”.

This article is part of a series written in collaboration with Vijana Think Tank to expand the climate narrative.

View all posts by Rethinking Climate