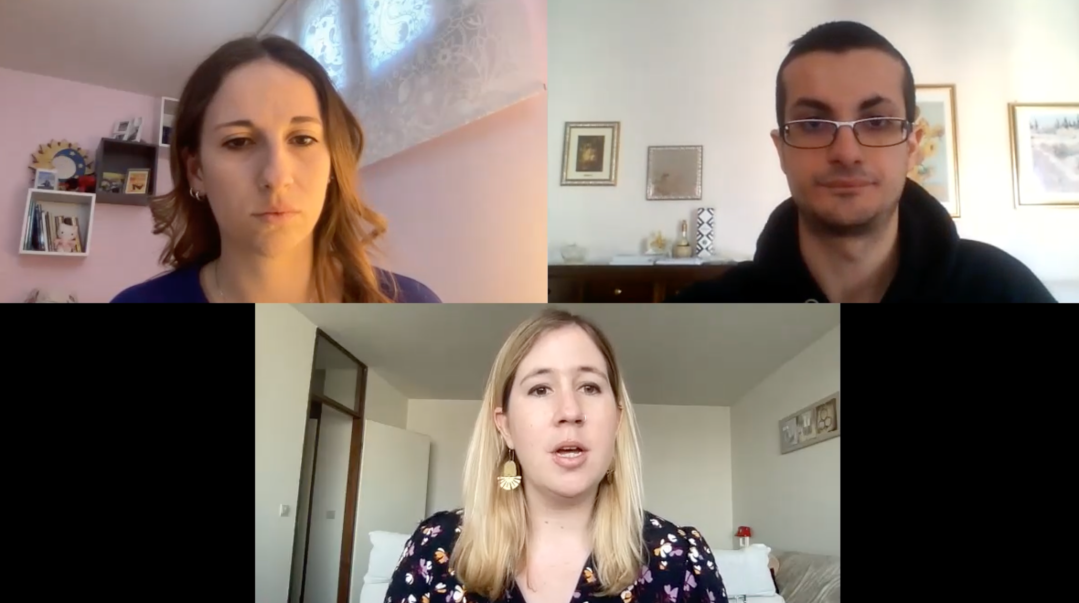 Lobbying For Climate: Interview To Kelsey Beltz From The Good Lobby.

Rethinking Climate took part in The Good Lobby’s The Climate Incubator. At its conclusion, we interviewed Kelsey Beltz, Head of Partnerships & Education on lobbying for the climate.

The Good Lobby (TGL) is a non-profit organization committed to making the society we live in more democratic, united, and fair. They are a movement of people who believe that every citizen can mobilize to defend the interests of the community.

They want to influence public decisions and put pressure on politicians, civil servants, and all those in positions of power to protect the common good and the rights of all, especially of the weakest and most marginalized.

Kelsey Beltz is The Good Lobby Partnerships and Education Manager and we asked her some questions about the TGL’s Climate Incubator.

The Good Lobby Climate Incubator seeks to not only boost the advocacy and organizational capacities of social movements and organizations within the climate community, but ultimately amplify their causes, increase their impact, and make their voices heard in the international policy process.

Can you tell us something about the TGL that not many know?

Well, I think people know a lot of things about TGL since we speak about ourselves so much for fundraising. I guess, one thing that nobody knows is, for instance, that our founder and director Alberto Alemanno does everything pro bono, he does not get paid. We have a whole network of volunteers who also are not paid. Sometimes people think we are similar to a business, but actually, although some staff members are paid like me, we do a lot of the work just because we love it and we volunteer outside of our salaries. Our organization lot of people who are committed.

Why did the good Lobby create the climate incubator? How was it conceived in the beginning?

It has been something we have been wanting to do for a long time, since TGL has been coordinating several trainings. Mostly shorter training opportunities for many environmental groups and what we acknowledged that they needed longer trainings and not just on advocacy, yet of another kind.

We did a pilot incubator before only for one organization called the Generation Climate Europe, which was successful. We worked on volunteer management, touching on things that were not necessarily all advocacy-based, and because it was so successful, we actually had the European Climate Foundation approach us requesting we could do this for more groups.

The larger incubator was designed carefully, taking a long time, as we wondered what kind of program we truly wanted. This is why we recruited Kamila Czerwinska, who is our consultant, and opened calls to other European organizations. Before starting the incubator last October we worked on the application calls and organization for over six months. We truly wanted to capture the spirit of what the TGL does through advocacy, while also working on some of the things in which I think we are successful. We collected feedback on what does it mean to be a volunteer? Manage volunteer? How do you manage organizations?

It came very much from what we were already doing but we tried to expand it into work, going more in-depth to support more organizations.

How did it change throughout the years?

This incubator was the first in this way. So last year, we had a much shorter version with Generation Climate Europe, but this was actually the first time we have run the incubator in its format with 10 participating organizations. A reason why we were so eager to get feedback. And so, I think there will be some changes for the next cohort, which we are going to start very soon. We have already gotten the green light from the European Climate Foundation for the second cohort, as this first was a “guinea pig”. So to speak in English, you know, this was our learning moment.

It was an opportunity to figure out what worked. The second cohort will be adapted based on our experience and the current feedback. The space to receive feedback is what made it super successful. We are very happy with how it turned out, but it will actually be because it was our first version. Really more of the learning will come next.

We have talked about the evolution of the project over the years. Instead, would you explain now how the incubator changed throughout its sessions within this same edition, from when it started to now that it reached a conclusion?

It is, of course, a process of continuous learning. When we received the mid-term feedback from participants in December, we verified what was working and what was not. The main issue was related to the need to have more homework and exercises between sessions, and this is partly why we created the Communication Lab, as we thought it was a concrete way to apply some of the skills learned and to amplify voices and perspectives of people taking part in it.

How do you consider the response of the participants during the project?

I think there was a lot of great dialogue among the participants, it is part of what we liked the most, and this is why in the second half of the program we tried to have smaller conversations, or conversations where we were hearing from participants themselves. Obviously, part of why we are carrying out the TGL project is to impart knowledge to participants. But, another major reason behind it is to get the participants to know each other, so that they can perhaps start a project together, or receive feedback from each other: it is not just supposed to be the Good Lobby and our experts speaking to you, with a merely top-down approach. Of course, in all groups, there is someone talking more than others -which is something completely normal that I have noticed during all my training- but I think that in general, the response of participants was good and that I learned a lot from all the projects and I also believe that the Communication Lab was helpful for that. Hopefully, in the future, we will keep in touch with our Alumni and keep hearing about your work.

Within the incubator, what would you have added, included, and why couldn’t you do that?

Honestly, one of the hardest things was to try to get the sessions around the Christmas holiday, because everyone has different vacancies slots and so there were lots of absences in the middle of the course. Therefore, I wish we had the Advocacy Toolkit with Alberto Alemanno in a different session, because people were missing, and in the future, I would love to bring that down to two or three sessions. Moreover, everyone mentioned that there was a lot of homework -which is probably true- but I think that we could have made the homework perhaps in groups, where you are interacting with other organizations. It would be a bit more work, but having more discussion between participants is something that we are probably going to apply in the future, so to work together and not just get back to your teams.

What do you expect for the future in terms of the next steps to be taken by the participants of the Incubator?

The idea is to stay in touch with each other, as it is not supposed to be just you finishing the Incubator and going out and forgetting about everyone. One key thing on which we will work is to find a good platform allowing us to facilitate the continuity of the interaction and to keep hearing about your future projects, and we look forward to getting to know you in person too one day. We hope we created the feeling of being members of the same class, so we are hoping that perhaps for the next cohort you will come to a session and share your experience, or reach out to other groups (it does not always have to be through us, but it could be an informal initiative too). Ultimately, the hope is that we created a network of organizations that, after so many weeks, are now going forward and staying in touch, both with TGL and with each other.

From Rethinking Climate’s side, TGL has been an enriching course that allowed all the participants to open their minds and approach every activity related to non-profit associations from several points of view. This has lead us to have a more conscious vision of the way forward. We thank all the representatives of the other associations taking part in the project, as the peer-to-peer learning through the exchange of ideas and experiences has turned out to be highly inspiring for us all.

View all posts by Rethinking Climate